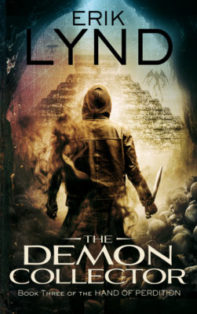 Being Hell’s bounty hunter was never a job Christopher wanted. Most days he wishes he had never opened the Book and inherited the job of Hunter of Lost Souls. Once a typical college student, he now spends his time hunting down those who have escaped Hell and returning them to their infernal prison.

Guess it does beat slinging burgers.

His latest hunt will take him from New York to the slums of Mexico. To make matters worse, the dark souls are united and they have a new weapon, a recruit fresh from the underworld. And he’s brought a whole army with him.