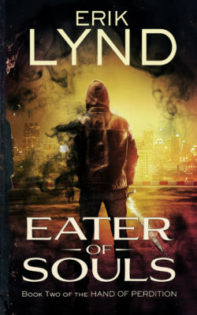 It was all a big mistake. Christopher Sawyer never wanted to be Hell’s bounty hunter, and he was pretty sure Hell didn’t want him for the job either. But mistake or not, he is now the master of the Book and Blade and charged with becoming the Hunter of Lost Souls tracking down escaped dark souls and returning them to their prisons in Hell.

But a new type of monster has escaped the underworld. A creature that likes the taste of human souls. A creature so powerful that the Hunter might just become its prey.

And it is not working alone.

With the help of a young woman cloaked in her own mysteries and a cynical police detective, Christopher must find a way to defeat it before it unleashes its own hell on earth.