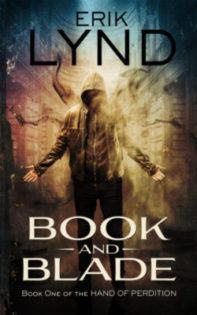 Hell is the ultimate prison, but no prison is perfect and even Hell has its holes. Only the most powerful, the most cunning, and the most evil of souls can escape eternal damnation. One being is in charge of dragging escaped souls back to Hell. The Beast. And the Beast has just died.

Christopher Sawyer is just an average college kid, concerned with doing well in school and someday marrying his high school sweetheart. He never asked to inherit the office of the Beast or take up the mantle of the Hunter of Lost Souls. He never asked for his safe, comfortable world to be shattered or his family taken from him.

And to make matters worse, it was all a mistake.

Now Christopher must master the power of Hell inside of him if he hopes to survive this new reality. And if he can get a little revenge in the process, all the better.